— Creation of the sector. Creation of Yersjijgaz. Start of gasification on liquefied hydrocarbon gas.

— Creation of controlling point of main gas pipelines of Yerevan;

— In 1958 gas sector of the Republic of Armenia was controlled by the Office (in future-Office General) of gasification. At the same time Armenian branch of Transcaucasus Office of main gas pipelines was formed. It was under the supervision of the Ministry of gas industry of the USSR. In future the branch was dissolved and production association Armtransgas was formed. 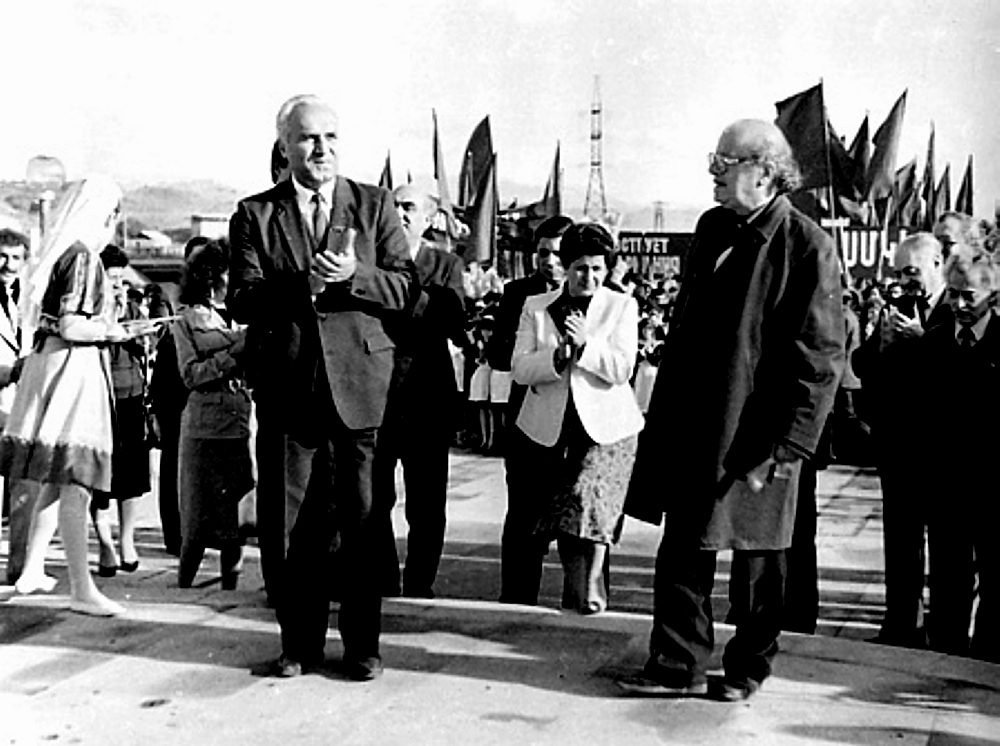 — In February 12, 1960 on the central square of Yerevan, the first natural gas torch was lighted. During the first year of gasification natural gas facility was connected with 16 industrial organizations, 25 boilers and 1270 apartments.

Annual volume of gas consumption in 1960 made 112 million cubic meters. 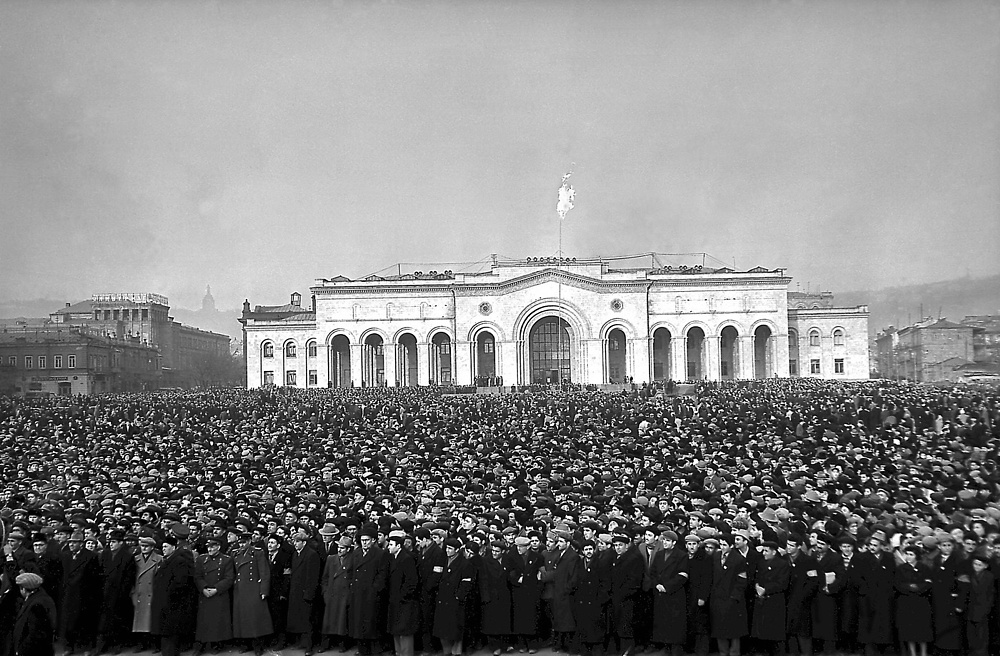 The first natural gas torch was lighted in Yerevan

— Start of gasification of industrial organizations, communal-household objects, houses of state and private houses. For the first time usage of gas in boiler rooms was realized. 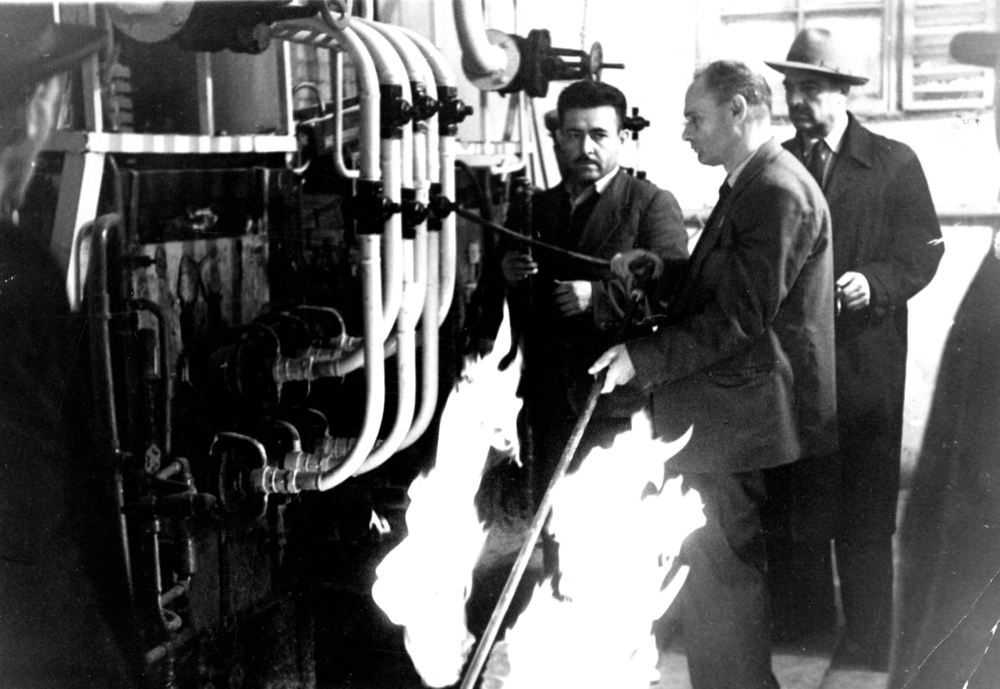 —Construction of gas filling stations of liquefied gas in Yerevan.

— Construction of the main gas pipeline Ordzhonikidze-Tbilisi for transferring natural gas to the Republics of Transcaucasus.

— In 1963 new main gas pipeline was created: Kirovakan-Leninakan (now Vanadzor-Gyumri) with the length of 58 km and bandwidth of 4.37 million cubic meters per year.

— In 1964 new main gas pipeline Red Bridge-Alaverdi with the length of 55 km and bandwidth of 4.4 million cubic meters per year was constructed.

— Continuation of the construction of gas pipeline-branches connected to the cities, regional centers and localities of Armenia.

— Creation of the Office of main gas pipelines in Kirovakan.

— In 1975 delivery of Iranian natural gas began with the volume of 3.08 billion cubic meters.

— Resolution of the issue of gas supply in the region Zangezur, through construction of the main gas pipeline Evlakh-Goris-Nakhichevan. Creation of PS Armtransgaz.

— Development of gas distribution networks, increase in the level of gasification.

—Adoption of governmental measures for providing natural gas delivery to the countries of Transcaucasus.

—Creation of the main gas pipeline Mozdok-Kazi-Magomed with the aim to increase the volume of natural gas which reaches the country.

—Reformation of the General Office of gasification into the Governmental Committee of Gasification, PS Armtransgaz into PS Armgazprom.

— Expansion and reconstruction of the system of gas pipelines of Novopskov-Aksay-Mozdok with the diameter of 1200 mm and length of 617 km with the aim to increase the bandwidth of gas supply to the countries of Transcaucasus.

— Construction of the first gas filling station in Yerevan;

— Construction of the main gas pipeline Ilchevsk (Nakhichevan ASSR)-Yerevan with the length of 86.6 km in 1984.

— Construction of the gas pipeline-branch in Ashtarak in 1985.

—Expansion of gas pipeline networks with the aim of gasification of cities and regional centers: around Sevan lake, regions of Aparan, Zangezur, Vay and others.

—8 wells of underground gas storage were transferred under exploitation, with the volume of gas storage of 1 million cubic meters.

—Rescuing and renovating operations due to the earthquake in Armenia;

—Gas pipeline Ashtarak-Aparan and a pipeline-branch to Gyumri is being constructed.

—Committee of gasification is reformed into industrial organization — PS Armgaz.

Up to 1990s about 1768 km of main gas pipelines were constructed, as well as 55 gas distributing stations. Regarding the level of gasification, Armenia was placed on one of the leading positions among other republic of the USSR: in cities it was 82.6%, in rural areas — 83.3%.

— Due to the conflict in the region gas supply to the country was ceased.

— Suspension of construction of new gas pipelines and related facilities.

— Conservation of the main part of gas supply system. 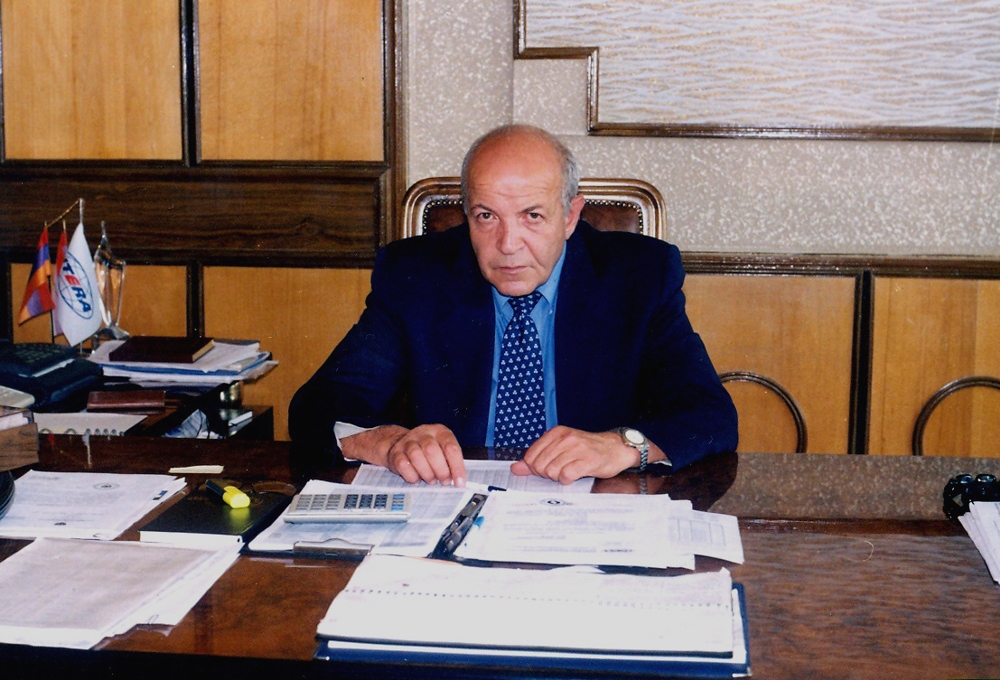 — Construction of new wing of gas pipeline with the length of 181 km through Georgia for the restart of gas supply.

— From the end of 1993 start of gas supply to special objects, which had strategic significance, began.

— In 1995 gas supply to the objects which had important role in national economy restarted.

— In 1995–1996 in the framework of the programs of USAID and TACIS with the participation of GAZ de France and consortium Snamprogetti exploration of gas transmission and gas distribution systems took place. At the same time exploration of production industries which focused on the equipment production happened. Moreover, practical offers on rehabilitation of gas supply system were proposed.

— The Ministry of energy of the Republic of Armenia approved the program of renovation of country’s gas supply system. 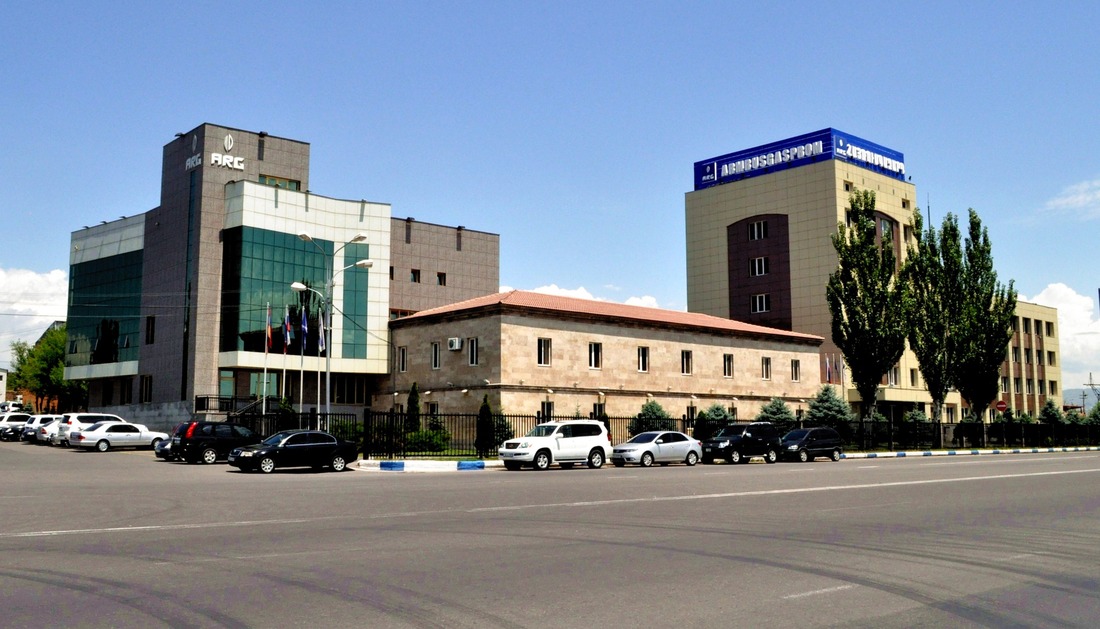 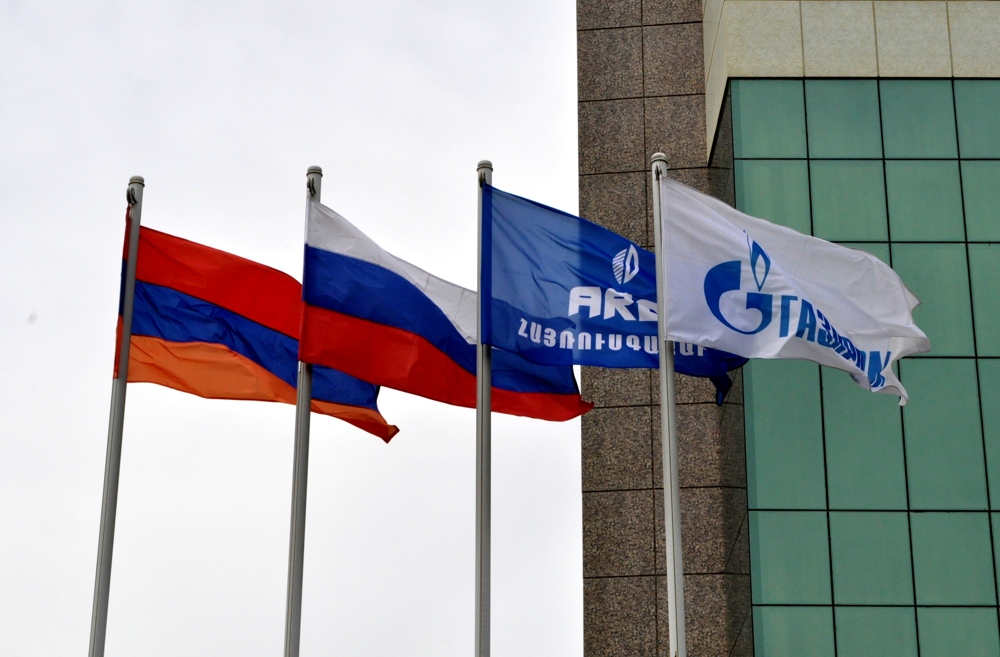 —I nstallation of household gas counters;

— Installation of polyethylene pipes during the restart of gas supply to residential buildings in Yerevan.

— Realization of the program «Restoration of gas supply and gasification»;

— Expansion of the market of gas consumption;

— Further diversification of activity through participation in prospective energy projects both in Armenia and in the region.

— Construction and start of exploitation of Armenian part of gas pipeline Iran-Armenia. 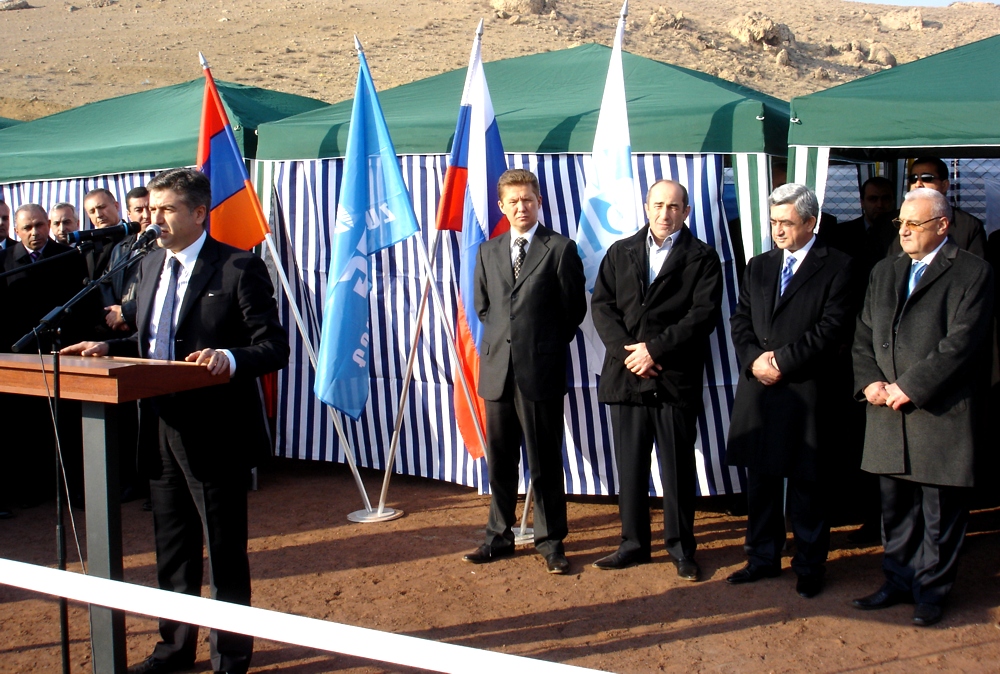 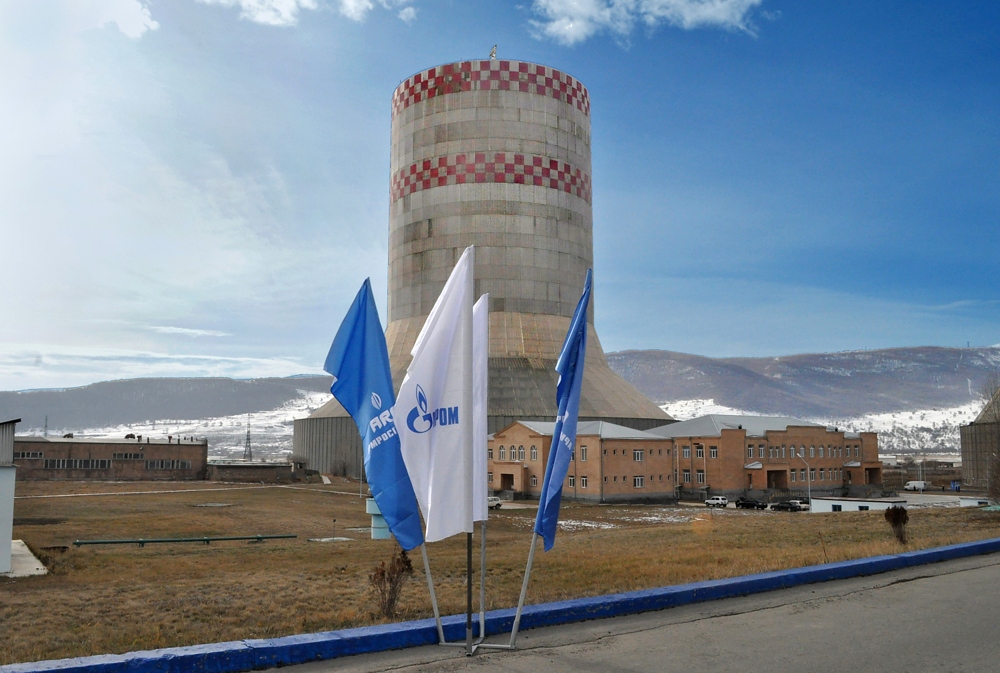 — Implementation of mass installation of alarm devices of combustible gases and emergency shut-off valves in residential multi-storey buildings during _ gasification and gas supply to in-house systems of gas consumption.

— From January 2012 connection of the 5th energy unit of Hrazdan TPS to the energy system of the Republic of Armenia.

— In December start of industrial exploitation of the 5th energy unit of Hrazdan’s TPS took place. 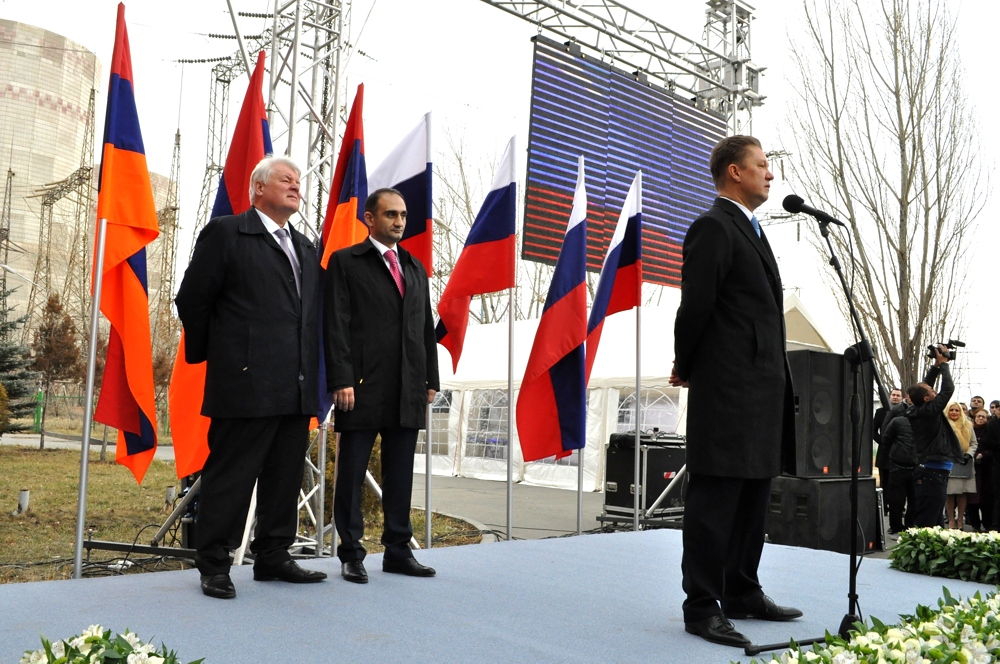 — In December Agreement between the Government of the Republic of Armenia and the Government of Russian Federation about the conditions of stocks sale and following operation of the CJSC ArmRosgazprom was signed. 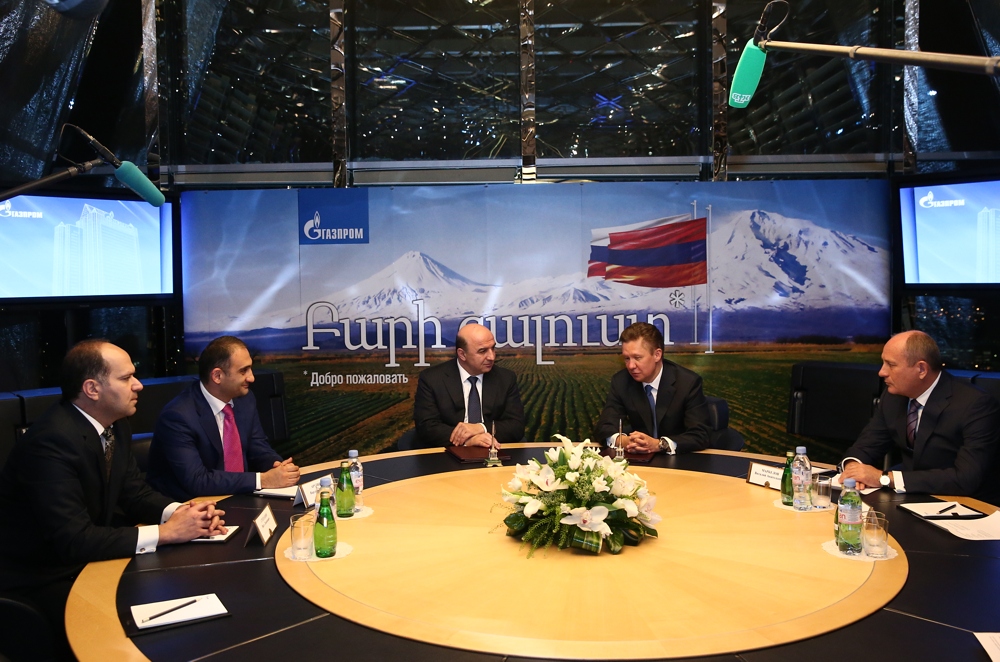 — In January OJSC Gazprom and the Ministry of energy and natural resources of the Republic of Armenia signed the treaty of sale of 20% shares of CJSC Gazprom Armenia.

— In April insertion of the capsule into the foundation of educational-sport center in administrative district Avan. 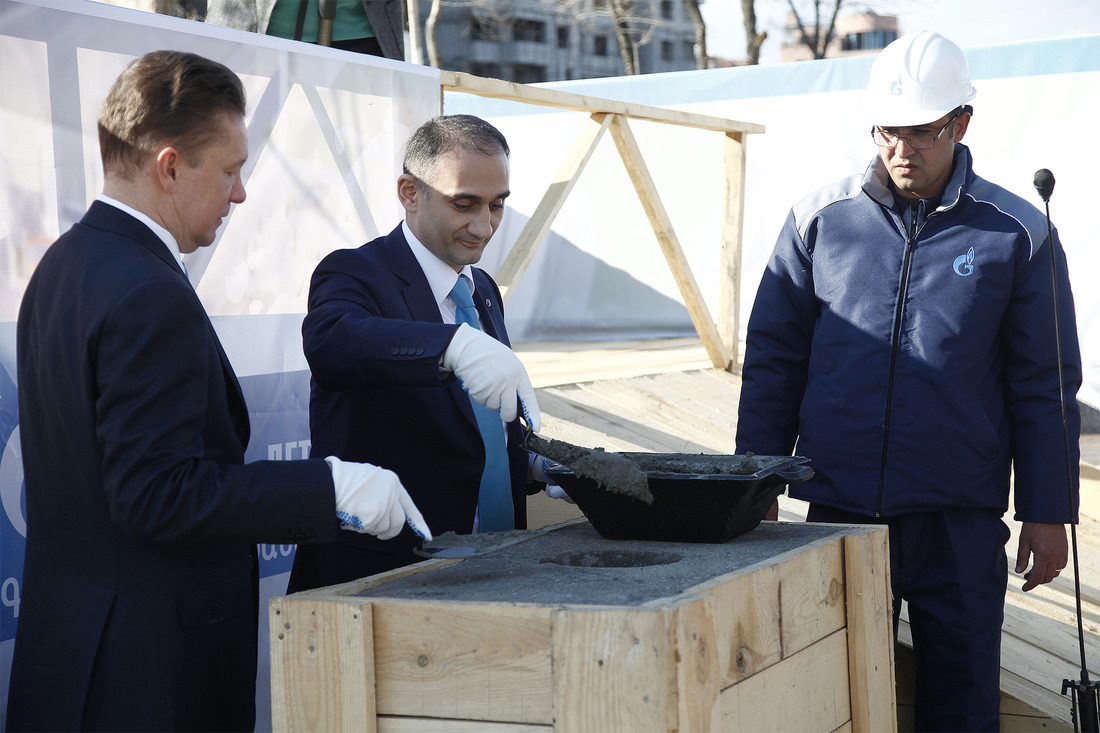 — Start of construction of educational-sport complex. 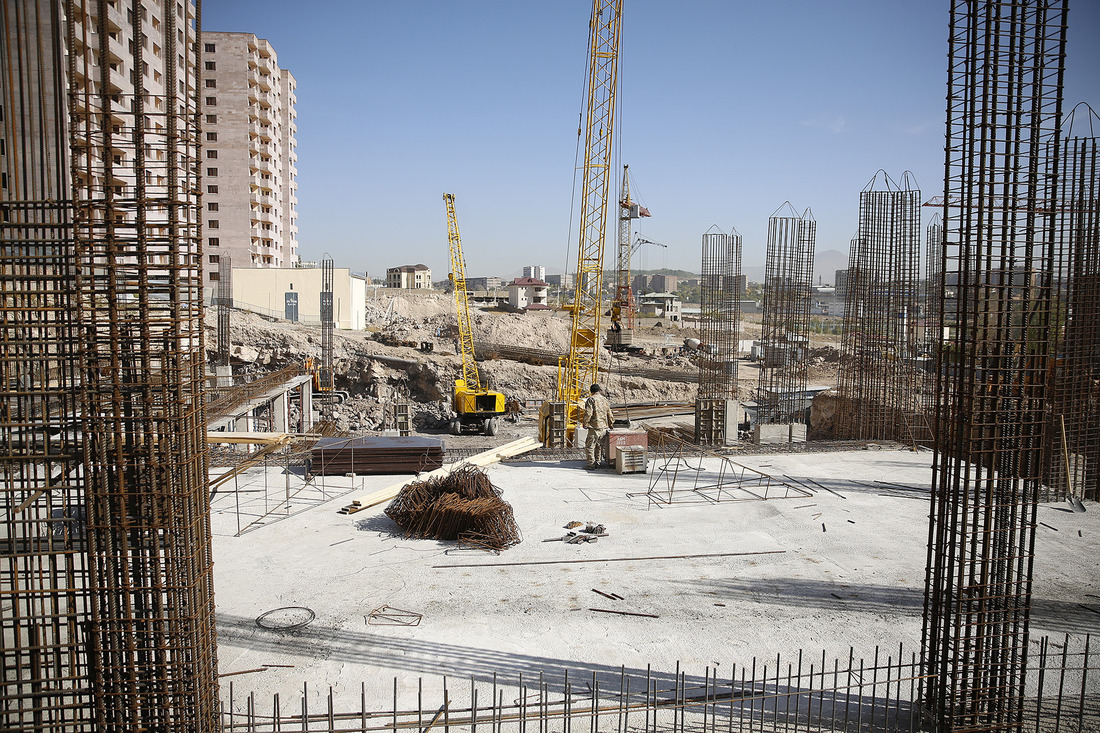 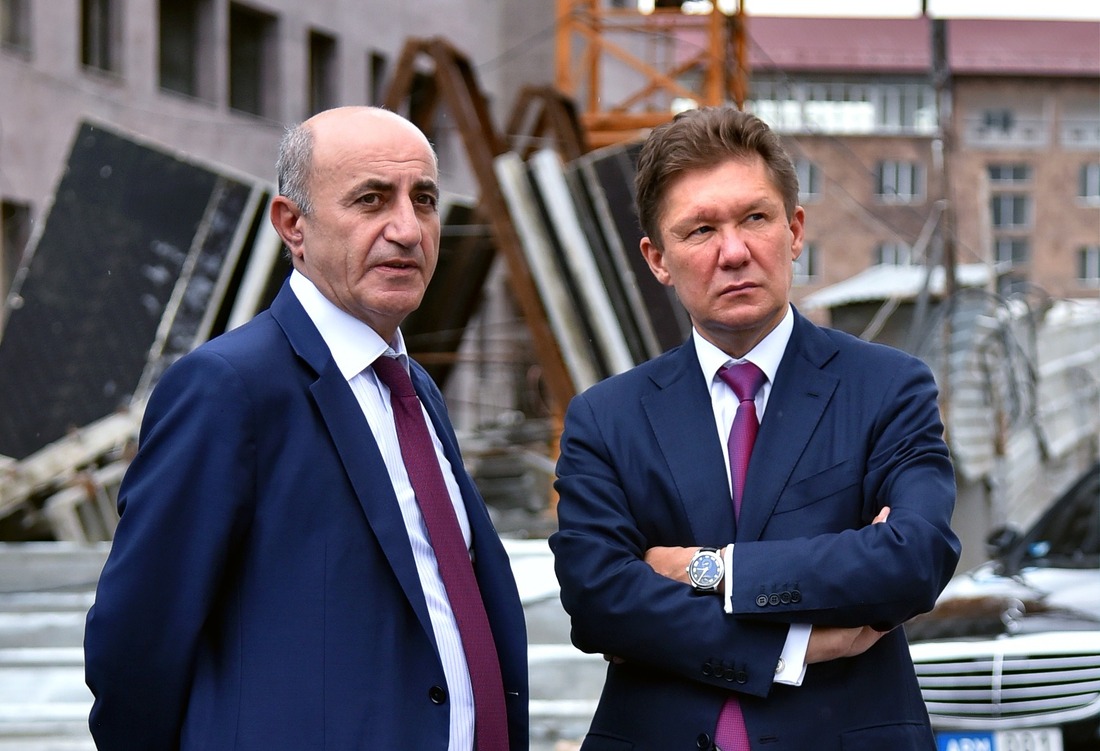 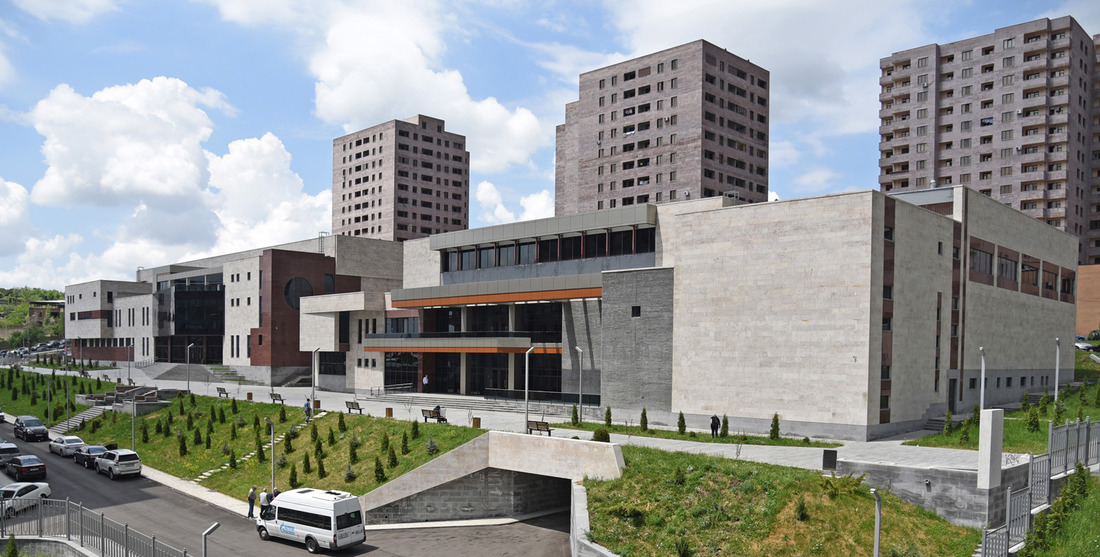 Leaders of gas sector of Armenia: